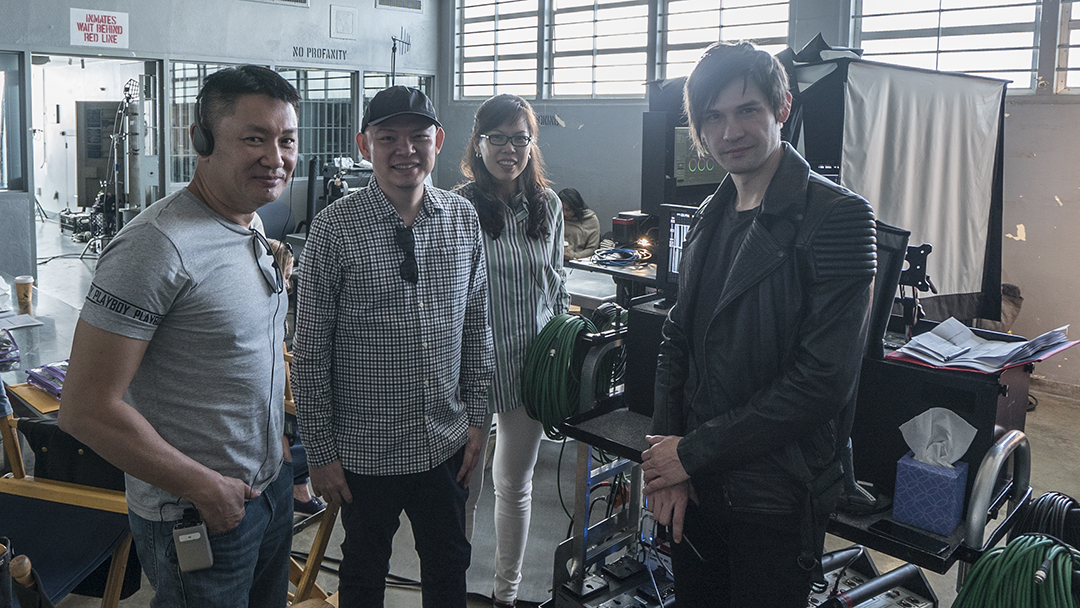 Perhaps one of the main highlights of ACE Picture’s venture into Hollywood is set visit. Before a deal is struck, with weeks and sometimes, months of negotiations, we would normally be involved in casting and screenplay discussions (which may include rewrites). Nothing comes close to as enjoyable as set visit, however, where the team gets to see how different film budget brackets determine production sets that would meet the demands of the filmmakers and producers.

It is also nothing short of inspiring to learn about and be exposed to the different creative individuals who have really honed their craft and whose undying passion to give their best to the film makes the creative process so much more satisfying. It is perhaps the ultimate eye-opener for ACE Pictures – to learn and understand the filmmaking culture in the US.

The very first set visit that took place in March 2018 was for Clemency and it was in Sybil Brand Institute, Los Angeles, California where all the prison scenes were shot. Helmed by producers Bronwyn Cornelius and Julian Cautherly, and directed by Chinonye Chukwu, the 2019 Sundance Grand Jury Prize winner is a powerful prison drama that tells the story of prison warden Bernadine Williams. The team, naturally, was thrilled to be able to see two very talented actors – Alfre Woodard and Aldis Hodge – in action. Being able to watch how the actors spent hours working endlessly with director Chinonye to nail each scene, and sometimes, isolating themselves for emotional scenes, was quite an experience.

Then came June 2018, during which the team went to visit the sets of Imaginary Order, Daniel Isn’t Real, and Leave Not One Alive. The set “tours” gave us the chance to witness some of the most interesting locations from Los Angeles to New York. With Daniel Isn’t Real especially, we were lucky to see the two main actors – Miles Robbins and Patrick Schwarzenegger – in full prosthetics mode in preparation for one of the most shocking and dramatic scenes in the movie.

Immediately two months later, the team went to visit the set of Come Away in London, where we had the opportunity to meet Angelina Jolie and director Benda Chapman (the director of Brave, Pixar). Being the highest budget movie that ACE Pictures has financed so far, the sets were huge, extraordinary, intricate, and magical.

Finally in January 2019, right at the end of our first movie slate, we visited the set of our 8th film, Color Out of Space, in Sintra, Portugal. The experience was similarly amazing, and the production was top-notch – they had an entire abandoned mansion refitted and decorated for the Gardner family in the story by carpenters! Seeing how they rebuilt parts of the mansion during filming, with the art director working tirelessly in each room, we were intrigued by the perfect synergy between the US crew and Portuguese-speaking crew – how well they could work together on set.

In conclusion, understanding how these unique processes come together is the very reason why we, as financiers/producers are so engaged and hands-on in our investments. We treat each of the projects with respect, passion, and commitment. We believe our expertise and experience in film over the years, including these new valuable experiences, will be the key to more successes in the future.

◀WE VALUE DIVERSITY AND INCLUSION
COME AWAY – A FAIRY TALE RETOLD▶